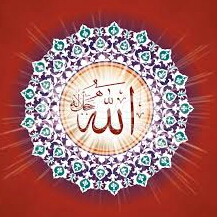 “The dead person is not one who has left the world, the (truly) dead one is he who walks the earth with a dead heart.”

Stages of hardening of the heart.

Imam Qushayri (Rahmatullah Alayh) has mentioned some ways to bring the heart alive.

To grieve (over one’s sins) illuminates the heart.

The wise men have said: “Whoever leaves sin, his heart achieves softness.”

A narration states: “Whoever lowers his gaze (from unlawful) seeking Allah’s pleasure, Allah bestows him with the sweetness of Imaan (faith) that he will taste in his heart till the day he meets Him.”

3. Abundance of Dhikr (Remembrance of Allah)

Everything has a polish and the polish of the hearts is the remembrance of Allah.

The Hadith informs us that hearts rust just as iron rusts. The Sahaabah R.A (Noble Companions) asked: “How can this rust be removed?” The Messenger of Allah (Sallallahu Alayhi Wa Sallam) replied: ‘With Recitation of Qur`an’.

The reason the Qur`an was revealed is to give life to dead hearts. One name of the Qur`an is ‘Rooh’ (life / soul)

The third Khalif of Islam, Sayyidinah Uthman (Radiyallahu anhu) is reported to have said: “If your hearts were pure, they would never become satiated of recitation of Quran.”

6. Duaa at the time of Tahajjud (pre-dawn prayer)

7. Suhbat-e-Sulahaa (Staying in the company of the righteous)

Almighty Allah has made the Qalb (spiritual heart) such that it is able to contain His Tajalli (attention) and Divine Light. May Almighty Allah bless us with illuminated hearts.

Translated from an Urdu lecture of Shaykh Zulfiqar Ahmad Naqshbandi (May Almighty Allah elevate him) titled Qalb-Bait. Download from tasawwuf.org 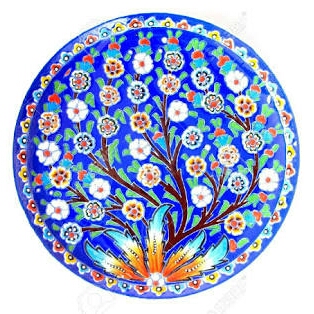 1. He cries for his needs

If adults can learn this quality and cry for their needs in front of Allah Ta’aala. Allah Ta’aala help us to inculcate this lofty quality.

2. He plays with sand

Even if it is the son of a king or ruler, whatever chance he gets, he will sit, lay and play on the ground. It is said that the natural affinity that children have for the ground and sand is a sign of humility. This is the second quality we can learn from children.

3. Whatever he finds he puts into his mouth

4. He builds houses of sand

He builds the house of sand and then destroys it with his own hands. What a good quality is this as it denotes that ‘dunya darul finaa he’ – ‘the world is a perishable/transitory abode’. A time will come when we will leave everything here and move on.

5. He reconciles just as fast as he fights

The child has no keena (rancour) in his heart. This is a very blessed quality in children. They never remember what was done to them nor do they harbour the ill-feelings in their hearts.

(From a lecture titled ‘Bachchoon ka Jhagra’ by Shaykh Zulfiqar Ahmad Naqshbandi (May Almighty Allah elevate him and accept his efforts) Download this and other Urdu and English lectures from tasawwuf.org 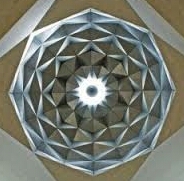 Below is a transcript of a Duaa made by Shaykh Zufiqar Ahmad Naqshbandi (D.B) on the 27th night of Ramadaan.

(N.B Some guidelines for the Duaa are discussed first)

“And Allah has the most beautiful names, so invoke him by them.”

Practicing on this Aayah (verse) we will call onto Allah Rabbul Izzah by these names.

It comes in the Hadith that from all the names of Allah there is one name, the Isme-Aadham (greatest name), when supplication is made using this name, the Duaa will be accepted.

From all the 99 names, we do not know which one is the Isme-Aadham but we are sure that it is one of them, we will therefore invoke Allah by calling on all these names and by doing so we will have more Yaqeen (certainty) about the acceptance of our Duaa. END_OF_DOCUMENT_TOKEN_TO_BE_REPLACED