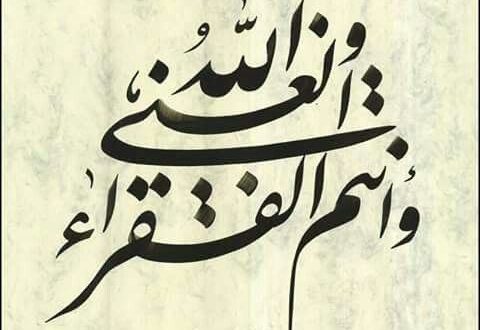 Being aware or conscious of one’s breathing. Breathing deeply in a natural rhythm without being preoccupied by breathing. Inhaling and exhaling whilst in remembrance of Allah.

Watching over one’s steps, ie being aware of one’s intention. Paying attention and not being distracted from one’s goal, maintaining awareness and being open to opportunities, so that one does the right thing at the right time.

Making an interior journey, ie inside oneself, observing oneself in a detached and not overly-critical manner, learning from one’s errors and travelling from blameworthy to praiseworthy qualities.

Developing the ability to detach from and distance oneself from external noise, disturbance and confusion when in company, and remain tranquil, perhaps with the aid of a zikr, an exercise in remembrance of Allah. Also being able to re-attach one’s attention to the outward when necessary. Though outwardly the Sufi is in the world, inwardly he or she is with Allah.

Remembering experiences one has had and that one is a part of the Tradition from which one may draw positive energy and derive strength. Using inner or vocalized zikr, remembrance or “making mention” of the Divine names, to remain attentive and alert, and so that the heart becomes aware of the presence of Truth (Al Haqq).

Being self-disciplined, for example cultivating the quality of patience, keeping one’s thoughts from straying when repeating the Shahada (the declaration of the Oneness of Allah and the acceptance of Muhammad PBUH as his prophet), being repentant and returning to righteousness.

7. Neegar dashtan (or nigah dasht) — watchfulness, use of special faculties

Concentrating on the presence of Allah. Being alert, watchful for and open to subtle perceptions, positive energy, positive opportunity and positive impacts. Being watchful over passing thoughts.

8. Yad dashtan (or yad dasht) — keeping of the memory, sensing of the being and the body

Suspending intellect, judgement, preconceptions and conditioned thought. Reprising one’s thoughts and actions. Accounting for how one’s time is spent, being thankful for acts of righteousness and asking forgiveness for wrongdoing.

Carrying out exercises involving numbers, such as the awareness of the number of repetitions when carrying out one’s silent heart zikr exercise, and also certain forms of counting using the Abjad[9] system.

Visualising one’s heart (Qalb), with the name of Allah inscribed on it, and identifying with Truth or with Allah.

From a lecture of Shaykh Husain Abdul Sattar (hafizahullah)

Almighty Allah says in Surah 3, Aal-Imraan Verse 191, “Those who remember Allah while standing or sitting or [lying] on their sides and give thought to the creation of the heavens and the earth, [saying], “Our Lord, You did not create this aimlessly; exalted are You [above such a thing]; then protect us from the punishment of the Fire.”

When you spend time with those who do dhikr of Allah you notice the way they see the whole world as a reminder and manifestation of Allah Ta’ala and His Deen. The world and the entire creation becomes a Tasbeeh through which you remember Allah. Once Shaykh Zulfiqar (hafizahullah) mentioned about the signs of Allah and the Deen that a believer can take from a tree. There were many but I have recorded a few. 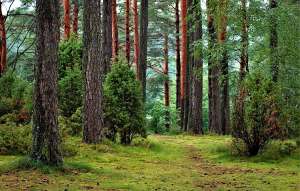 1. The tree takes from the ground and it gives to other people

A believer must take from what they have available and the primary focus must be to give and serve others.

2. Half of the tree is hidden and half is visible 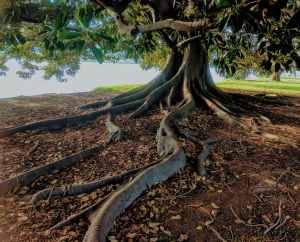 3. Much before the tree becomes visible, it first establishes its roots

As believers we must recognise that we must spend a lot of time establishing deep roots before we become visible and take a role of leadership in the community. People nowadays have no roots and have not taken time to establish them but want to be tall trees. If we truly desire to benefit people in Deen we have to first take the effort to develop very very deep roots.

4. The tree stands totally still despite the varying seasons and conditions

Despite the winter and the summer, the cold and heat, the thunderstorms and rain, the tree stands firm. The same is the Imaan (faith) of a believer. Despite the turmoil and storms that afflict the believer he must be absolutely firm on faith. 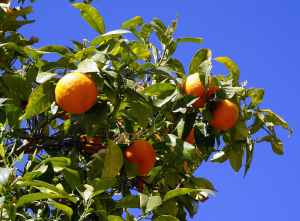 5. The value of a tree is based on the fruit it produces

Similarly the value of a believer is based on the deeds he produces. If the believer is barren of good deeds like a barren tree no one will give him a second look.

6. When people want the fruit from the tree they use sticks to get it

The believer will have to accept beating / hardship from some sticks in order for others to benefit from his goodness. Being a person of deen you must be prepared take a lot of knocks and this helps people to benefit from you and helps you get closer to Allah Ta’ala.

(From the lectures of Shaykh Zulfiqar Ahmad Naqshbandi D.B)

Spread salaam amongst yourselves. (Muslim)

In the same manner, the child should be taught to be grateful to others from a small age. As soon as he reaches the age of understanding, explain to him that whenever someone does him a favour, he must thank him/her. Inculcate the habit of thanking others into the child from a young age. When the child gets into the habit of thanking people, he will automatically learn to thank Allah Ta’ala as well.

He who does not thank people has not thanked Allah. (Ahmad)

It is amazing how even though Allah Ta’ala has ordered us to be thankful on so many occasions, there are very few mothers who teach their children the words of gratitude. “Jazakumullah”, “Jazakallahu Khayran”, teach these words to your children so that they know the Sunnah way of showing gratitude. This practice was supposed to be ours but today the non-Muslims have adopted it.

A strange story regarding the teaching of gratitude.

This humble servant was on a flight from Paris to New York in 1997. When I took my seat in the aircraft, a French lady with her three or four year old daughter came and set on the seat next to mine. There were only three seats, so the mother sat on one, the daughter on the next one and this humble servant sat on the last seat. This humble servant has a habit of taking a kitab to read on flights. This helps in lowering the gaze and passing time. For these reasons, this humble servant began reading a kitab. After a while, an airhostess arrived to serve food. This humble servant declined the offer because he was not sure about the Halal status of the food. I normally take my own packed food with me on flights, and if I do not have my own food with me, I bear the hunger and partake of something when arriving at my destination.

Anyway, the French lady took some food and began feeding her daughter and at the same time partaking from it herself. Now, because she was sitting on the next seat, even though I was reading my kitab and not paying attention to her, I could make out what she was doing by her movements. She put a morsel of food in the girl’s mouth and after she had eaten it, the lady said, “Say Thank You”. Her daughter replied, “Thank You”. She then put another morsel in the girl’s mouth and made her say Thank You again. After putting each morsel of food in her daughter’s mouth, the lady would make the girl say ‘Thank You’. According to my estimation, the lady made her daughter say the words ‘Thank You’ thirty six (36) times during the course of the meal.

I noted with amazement, that this habit of showing gratitude would surely become part of this child’s character and she will be thankful to everyone for the rest of her life. This is an Islamic habit but alas, our Muslim daughters have forgotten it and the non-Muslims have adopted it. This is why we should teach children these habits from childhood. Inculcate the habit of making salaam and showing gratitude in our children. When a mother does not teach the child to be grateful, when he grows up he doesn’t show gratitude to his parents or his siblings and some are so ill-mannered that they are not grateful to Allah Ta’ala for his bounties as well.

Whose mistake was this? It was the mother’s fault for not teaching her child to be grateful when he/she was small.

Whenever you give your child something; feed him food, make him wear his clothes or do anything for him, tell your child to say “Jazakallahu Khayran/May Allah reward you well”. This is a good habit and must be inculcated in children.